It happened before that a film was made based on a book. It is rather difficult task, because many times the creators are unable to evoke the “atmosphere” of the original book. Maybe it is even more difficult in the case of an extremely successful storybook, sold in huge number of copies. But the first 13 episodes of Berry and Dolly aired in cinemas managed to magic us to the world of Erika Bartos (author of the book)! I have thoroughly enjoyed each and every 70 minutes! Thank you! 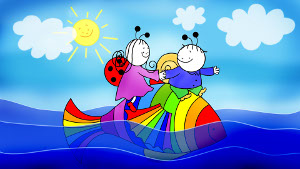 The cinemas in Hungary will start screening from 12th August the first 13 episodes of the adventures of Berry the Snail and Dolly the Ladybird. The series consists of 5-minute episodes. I loved the most the episodes set in the winter, because the winter landscape looked beautiful and I really liked the snowfall.

The animated series were directed by Géza M. Tóth (Oscar-nominee) and Antonin Krizsanicsbased on the books of Erika Bartos. The target audience of the Berry and Dolly animated series is primarily young children, children attending kindergarten and junior school. Géza M. Tóth at the press conference told reporters that originally they had no intention to air the movie in cinemas; Kedd Animation Studio intended to produce a 26-part animated television series. But they organised a pilot screening and it went so well that they decided to make a movie of the series. Creators used traditional drawing animation techniques and 2D techniques. In the last twenty years no other Hungarian cartoon series similar to Berry and Dolly has been created.Children may also enjoy the series at home, as it will also be published on DVD and two Hungarian televisions will also air the film. 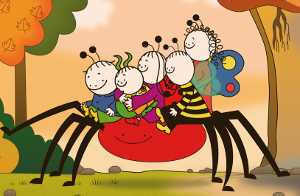 The music and title song of Berry and Dolly are performed by ALMA band, a very popular band among children. It was great that the dubbing for every single character is performed by actressJudit Pogány. They could not have found anyone better for the job! Judit Pogány said that during the recordings she had to use approximately 70 different voices.

According to Erika Bartos the 15th book of the series will be published (each book contains 2 stories) soon. Another 7 manuscripts are also ready and she is full of new ideas! Her books were the most popular children’s books in 2008 and 2009. 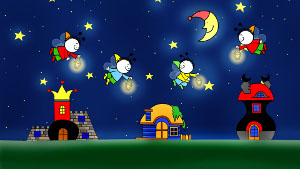 The Berry and Dolly cartoon is great; the authors done a great job. It is absolutely free ofviolence; every episode has a moral lesson. The characters are fantastic, they convey very well emotions so we all laugh and cry together with the characters. Everything is very nice on the little meadow and extremely colourful. I really love the little houses! Berry and Dolly reminded me of my childhood memories, such as the stories of Little Mole or Bolek and Lolek.

Even though I am a full-grown adult, it was amazing to become a child again and enjoy the magic of the world of Berry and Dolly! I would like to say thank you again to Erika Bartos for thisunforgettable experience, and to the directors Géza M. Tóth and Anton Krizsanics! I cannot wait for the next 13 episodes! 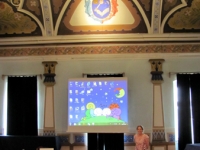 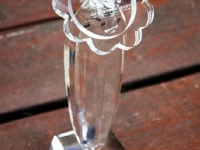 
International Children's Day at Embassy of Poland, in Tokio 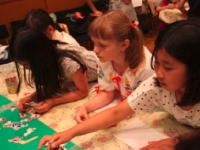